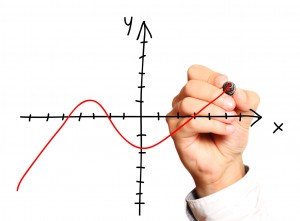 Clinical studies represent the pinnacle of scientific endeavour in terms of proving whether a treatment has the effect we are all expecting. There are some very large studies that are ongoing and worth keeping a check on. The results could prove decisive for the future of any products or drugs that might make it to your local supermarket or pharmacy. So, in the interests of keeping a track on these, here is the (growing) list of clinical trials worth watching.

Max’s Note: I will update this list as and when I receive new information. It’s a work in progress…

Role of Probiotics in Preventing Antibiotic Associated Diarrhoea Including c.Difficile

Taking antibiotics might result in diarrhoea, with the result being anything from inconvenient to life threatening. It happens because the resident gut microbes are also largely eradicated by the antibiotics. Some microbes however, are spore formers and their spores are not affected by the antibiotics. They can rapidly over run the gut which is a problem because many also produce toxins (and these cause the diarrhoea). Clostridium difficile is a particular worry because of the severity of the diarrhoea it can produce and the risk of developing a form of gut inflammation (which is the life threatening part). It has received a considerable amount of attention because of the rates of infections reported in hospitalised patients. Probiotics have widely been touted as a potential solution from the perspective of repopulating the gut with so-called “friendly” microbes to out compete these spore-forming toxin-producing microbes. The hypothesis has a basis and some success has been reported previously in hospitalised patients.

This study then, is worth taking note of. It is being led by The University of Sussex. This is the aim according to the trial registration:

“The aim of the present study is to find out whether the use of one of these Probiotics in hospitalised patients taking antibiotics will result in less diarrhoea, less Clostridium difficile infection, as well as cost saving. The study will also analyze the effects of probiotics on quality of life and length of hospital stay.”

…and it is notable for the size of the study population: 1200. This is big and presumably needed to ensure the effects they are testing (diarrhoea reduction) can be detected.

The estimated trial completion date is October 2012. In the meantime you can read all about the study here.

The effect of Lactobacilli on the immune system of healthy adults

Whilst we are on the subject of enormous studies and probiotics, here is another one to watch. This time it is about whether probiotics can influence specific immune responses to influenza vaccination. It involves 1058 subjects split between treatment and placebo. This is the hypothesis:

“The study was designed to investigate the immune modulating properties of the probiotic strain L. casei 431® in an influenza vaccination model.”

There is no mention in the registration whether the study will look at the incidence of colds and ‘flu. The study is notable for its size, the fact that it will be carried out in multiple centres (in Denmark and Germany), in healthy subjects and will use methods that are normally the reserve of pharmaceutical studies. By the end of the study, we will have a very strong piece of evidence that either supports the notion that this particular microbe has an influence on the immune system… or not.

You can read all about the motivations of the study sponsor in this report (hint: it is about product claims). The study is being led by the University of Copenhagen and is due for completion end April 2012. You can inspect the registration for yourself here.