Last week in Links: 26th November 2011 Autism: A call for trials with Probiotics

Obesity and Microbes: Bring on the Trials! 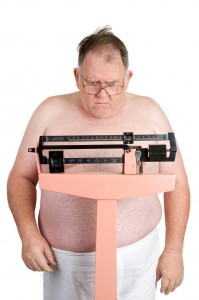 A recently published review has again highlighted the progress being made in unravelling a possible relationship between gut microbes and obesity. Although controversial, there is a suggestion that specific species and groups of bacteria might be associated with being obese and that they might prove worthy targets for intervention (possibly via probiotics or prebiotics).

This begs a question – where are the clinical trials? We take a look at some studies that are ongoing or remain unpublished in this area.

First things first. Obesity is a complex topic. Apart from the obvious issue of body weight, obesity is also associated with numerous other complications including type II diabetes and systemic inflammation. It is a major concern as it has the potential to prematurely kill a lot of people, rates are on the rise and it is probably largely preventable.

Gut microbes have been in the picture for a while following a series of experiments showing that they are likely to be involved in fat storage, nutrient availability, and the low grade inflammation associated with obesity. If you want to get the full picture I point you directly to the review by Nathalie Delzenne and company.

Their conclusion? Numerous potential mechanisms and variations in gut microbe composition might be involved although it is too early to safely conclude which bacteria are involved. Also, any role for probiotics and prebiotics in the management of obesity and associated conditions still needs to be evaluated further. The few clinical studies that have been completed have turned up mixed results.

So, let’s have a look at the studies that are currently ongoing to see what we might learn in the coming years.

Let’s start with probiotics and the most obvious target – body weight. That’s the aim of this study, led by Dr Angelo Tremblay at Laval University, Canada. According to the trial registration:

“The primary objective of the clinical trial is to investigate whether a consumption of a probiotic formula when compared to an intake of a placebo, is associated with a greater reduction of body weight.”

Given that the study involves Nestlé (or at least they are mentioned as a “collaborator”), there is clearly some sort of an agenda of potential health claims here. There is no mention of which specific strain of probiotic is being used (although we’re guessing it might be one of the ones (here or here) used in the animal studies that preceded the study) or what might count as a clinically relevant weight reduction. Nevertheless, the study is fairly large so it should give us a good idea of whether this approach has a future. It will certainly be interesting to see what comes out of it. The end date for the study is December 2011 so we should expect reporting towards the end of next year, if not 2013.

A question of risk

Next, Denmark and we move on from weight management to obesity related metabolic problems and satiety. The University of Copenhagen has four studies of interest here (two on metabolic issues and two on satiety, see below). The first study involves feeding a probiotic or flax seed fibre notionally to alter the composition of gut microbes, then to look at the effects on a variety of markers related to insulin resistance (risk factor for heart disease), inflammation, body composition (i.e. amount of fat) and then try to find correlations with the changes in the composition of gut microbes. Unravelling whether the changes are a cause or consequence of each other will be hard and it’s a fair bet that the work will generate a hell of a discussion. Nevertheless, we should expect to see this appear well into 2013 at the earliest.

The next study, again at The University of Copenhagen, and this time supported by the Danish Medical Research Council and Danisco, has the following hypothesis:

“This study will examine if overweight in children is associated with a different intestinal microbiota and if a change in microbiota caused by probiotics can modify inflammation and risk factors for the metabolic syndrome.”

According to the registration, the study was due for completion in January 2011 although, as of November 2011, it appears to not have been published. Given the number of analyses described this is perhaps not a surprise. It will certainly be interesting if a positive result comes from this. For the moment though, we just have to quietly wait.

Staying with modifying gut microbe composition and risk factors for metabolic syndrome, there is a similar study currently running at the German Diabetes Center looking at probiotic supplementation and insulin resistance. It’s due for completion in December 2011 and we should expect these findings to be reported sometime next year.

Meanwhile, the microbe used in Yakult is under investigation at the Medical University of Graz, Austria in a small study looking at its effects on various markers associated with obesity and metabolic syndrome. With a completion date of December 2010 we should expect publication of the results of this study hopefully soon.

Yet another study, this time running in Chile, reports it is looking at the effects of a combination of probiotics and prebiotics on low grade gut inflammation in people with obesity. Again, with an expected completion date of December 2010, we might get to hear about those results sometime soon.

Obesity is often associated with over-eating. So, if it’s possible to modify when we feel full after a meal (satiety) then this could be of interest in tackling obesity. That’s exactly the aim of the ProSat study at The University of Copenhagen (again) which is, or was, all about feeding probiotic capsules to see if appetite fell. It would appear that it has taken place in two stages with this part being completed in 2009 and this part (the bigger one) apparently being completed June 2011. It is not entirely clear what the status of these studies are and they do not appear to be reported yet. Again we will just have to wait and see. It will be an interesting result if there is a positive effect. How they will explain the mechanism will be very interesting indeed.

Most of the studies ongoing are about probiotics being used to alter gut microbe composition and induce a variety of effects related to obesity. We are certain that with the eventual publication of these studies we will learn more about whether any of this is worth following. It is perhaps surprising that prebiotics have not featured more in the ongoing studies. The evidence for effects in animal models suggests it might be time to try it all out in humans. Well, some studies have been published with mixed results. And… there is one study looking at a prebiotic in over-weight adults and risk factors for metabolic syndrome. It completed in December 2010 and it would not surprise me if we hear about that study fairly soon.