Obesity and Microbes: Bring on the Trials!

Autism: A call for trials with Probiotics 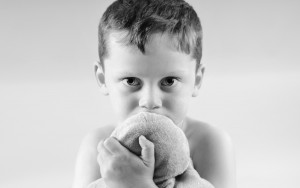 Incredible claims of some probiotic manufacturers are sometimes not backed up by incredible evidence. It is particularly a problem when such products are targeted at vulnerable groups. This includes children with autism. A recent review says it is now time to run proper trials on the efficacy of probiotics in autistic children. Let’s take a look.

Max’s Note: In the interests of full disclosure, approximately 10 years ago I was involved in some research about gut microbes and autism. This was during my PhD at The University of Reading. We had some success. Here is the paper.

Selling probiotics to treat medical conditions is a big, controversial business. The claims (particularly the ones plastered on the internet) are often not backed up by evidence, the prices can be wild and if swallowing a capsule containing “250 billion cfu of 25 scientifically proven probiotic bacteria and 88 clinically proven herbal extracts” is enough to replace actual drugs that do work, then this business can even be dangerous.

Where it gets very interesting is when medical science fails to provide answers on causes and treatments for diseases. This is exactly the position we find ourselves in with autism. Effective treatments are few and far between which means ‘alternative’ therapies are everywhere. One ‘treatment’ being flogged to rightfully desperate parents of autistic kids is probiotics. Gastrointestinal complaints are commonly reported in autism and probiotics are then often recommended (often by other parents or so-called experts). Assuming that the product is safe, this probably won’t do much harm except perhaps act as a self imposed taxation.

There is however a growing scientific consensus that there might, might be something in this approach. Writing in the open access journal “Gastroenterology Research and Practice” a group of scientists from the US, The Netherlands and UK now suggest it’s time to run clinical studies to validate whether probiotics can help with gastrointestinal symptoms in autistic children. They suggest that the prevalence of these symptoms in autism and the point that a significant minority of US physicians recommend giving probiotics to autistic children really now warrants proper investigation.

Setting out the evidence J. William Critchfield and team suggest that there are now four strands of evidence on which to base clinical studies. The first is the similarity between gastrointestinal symptoms in autism and IBS and that in certain circumstances certain strains of bifidobacteria have shown promise in clinical trials for IBS symptoms. Next, there is growing evidence (although there would appear to be more work needed here) that gut microbiota composition could be altered in autistic children and that probiotics might be useful here. Finding evidence of widespread issues with the way the gut actually functions in autistic children is a controversial topic (think vaccines and autism). Wisely, they suggest that proper studies should be performed to firmly establish this. Interestingly they point towards some studies suggesting that probiotics might stabilise the gut mucosa (this is the surface of the gut wall), stimulate immunity and improve gut barrier function. We should be cautious here as most of these studies are in animals or in a dish.

Finally, the review raises a significant point about gut microbes and behaviour. It suggests that compounds from the diet and from cell walls of bacteria can cross from the gut into the central nervous system and finally the brain… affecting behaviour. This is a story that has been around for a while. What is significant now is that in the past few years studies have shown that administration of probiotics can affect various parameters of behaviour in both rats and humans. Specifically we learn of a study revealing a positive effect of a probiotic drink on mood and cognition. Whilst it is unclear how this works, this has to be of some significance to autism. The concluding comments of the authors says it all:

“There is a range of indications that alterations in the intestinal microbiota in the gut might contribute to the disorder in a substantial number of individuals. Probiotics can be useful to restore the microbial balance in the intestine, to relieve gastrointestinal problems and to attenuate immunological abnormalities. Whether the use of probiotics by children with autism can lead to improvements in behaviors needs to be established in well-controlled trials with sufficient group sizes. Important for these trials is the choice of the bacterial strains, as effects of probiotic bacteria can be highly strain specific.”

Now, I am not suggesting with all this that there is concrete proof that probiotics have a proven role to play in helping autistic children and their symptoms. This is all about specific strands of evidence that point towards a possible role in the future. That is why we need clinical studies.

The obvious thing to shout now is “Max… surely you can tell us where the clinical studies are!” Sorry to disappoint you, but there are none registered in any clinical trial database. The only strand of hope I can bring you is that two of the authors are from Winclove Bio Industries in Amsterdam who make probiotics for various applications. I have contacted them to ask for more details and I will update the post if I hear back. I can guarantee you that if clinical studies are planned we will not be seeing any proven probiotic product for gastrointestinal symptoms in autism for sale any time soon. Trials take time.

There is also one more intriguing point to all this. In 2006, Prof Glenn Gibson of The University of Reading reported that a trial of probiotics with autistic was so successful that the trial ultimately failed. Dropouts from the study were so high that no meaningful conclusion could be drawn. Now, when you hear about high dropout rates in studies we should normally get worried as it could mean patients are getting worse because of the study. Not in this case. The reports that emerged suggested that parents were withdrawing their children because the effects were so good in terms of mood and behaviour. They realised that their child was on the active treatment and then refused to cross over to the comparison placebo. Through no fault of the scientists, the trial became unblinded as a result of its success. The only option… another study. And, that has never happened to date. You can read the study report here… or at least the abstract on page 3.