Another blog about microbes? Probiotics: functional but not as we thought

Drugs sometimes work and sometimes don’t, despite having clinical evidence for their effectiveness and regulatory approval to be sold. Why? Some new research suggests that gut microbes might be in the frame. We check out the research and ask what now? 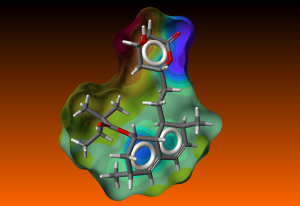 Statins are used by millions of people to reduce cholesterol and the risk of atherosclerosis (clogging of arteries with cholesterol). Their effectiveness is not universal having the puzzling ability to work for some but not others. This was the focus of some research published recently that uncovered a possible relationship between gut microbes and the effectiveness of simvastatin. Some context first though.

We’ve known for many years that gut bacteria breakdown parts of our diet. Fibre is a great example. If these components don’t get absorbed in the first part of the gut (the small intestine) they will travel on to the large intestine and encounter these microbes where they get broken down. The resulting smaller compounds might be excreted (gas is a good example) or are often absorbed, enter circulation in the blood and might then have further biological effects.

We’ve suspected for many years that the same might be true for drugs. Predicting effects for individuals can be difficult because the composition of gut bacteria or more correctly, gut microbiota, varies between people. In fact at a very fine level of detail it might even be unique between individuals. That presents a difficulty for drug developers and patients alike because that means taking a drug is a bit of a gamble. Overall, clinical trials will indicate that the drug works but that is at a population level. When it comes to you, me or anyone else, it might work or it might not. It makes swallowing the pills just that bit harder.

That is the situation with simvastatin which was the focus of the study I’m going to guide you through here. The study was published recently in the journal PLoS One and was led by Dr Rima Kaddurah-Daouk at Duke University Medical Center (although did involve a number of other collaborators).  Involving a total of 148 subjects, the study basically is looking at correlations between certain metabolites in the blood that are involved in cholesterol breakdown and use and cholesterol levels before and after taking simvastatin.

What they found was that lower starting levels of certain bile acids (which act a bit like soap in the blood stream binding to fat) correlated with a greater response to the LDL cholesterol lowering effect of simvastatin. So, basically that means the effectiveness of the drug correlated well with levels of bile acids in blood. Equally they found that in groups of patients with either very strong or weak responses to simvastatin there were different profiles and correlations of bile acids. The significance of this is that in some cases these bile acids are exclusively produced by only certain gut bacteria.

What to make of this result

The hypothesis that is provided to explain the result is that because bile acids and statins share transporter routes to the liver and intestines (meaning that they are essentially in competition with each other to get a lift) suggests that producing more or less of certain bile acids could improve the effectiveness of the drug. That is probably reasonable based on the data presented in the study. But remember, certain bile acids are the domain of certain gut bacteria which means we are looking at altering a bacterial ecosystem in our gut to try to get that effect.

This point is not lost on the scientists involved with them suggesting that patients with a certain microbial profile might benefit more strongly from simvastatin. That is fair. They also suggest that a quick blood test could be developed to screen patients for these microbial bile acid profiles to get an indication of whether simvastatins are likely to work. That’s also probably fair and is interesting from the perspective of prescribing drugs to give the best patient outcome.

Finally, they suggest it might be possible to develop probiotics to alter the gut ecosystem to allow patients to respond more robustly to the drug. That is a fair summise to make but a serious undertaking. Let’s pick this over to see why. First of all, correlation is not proof of causation. For example there is a correlation between the expansion of the Universe and the long term trend of the amount of money we have in our pockets. Of course, one does not cause the other. They are not linked. In this study there are plausible biological connections described but to get to the stage of having an ingestible probiotic aimed at modifying the effect of the drug would require considerable work. It would require proof that a specific strain of bacteria (which still needs to be identified), added to an entire microbial ecosystem in the gut can alter bile acid profiles in humans (this is the mechanism, which would still need a lot of lab work and probably animal studies… oh yes, and there is the dose to consider) and proof that doing this alters the effectiveness of the drug and finally the end point (cholesterol lowering). In the final stage, that would have to be done in a series of clinical trials that demonstrate safety first and then efficacy. If it ever got to the stage of commercialisation, there would then be a series of post launch monitoring studies. From experience I can tell you that this will take time and a significant investment.

From the perspective of personalising medicine (i.e. tailoring the effectiveness of a drug to you) this study is very interesting. As the scientists point out though, it is very early stage research. I hope you now see why.